Mainly showcased on social media, we aim to launch creative and interesting promotions as an alternative to standard advertising.  Launched in 2011 was DRAWN TOGETHER, a fun promotion for couples.

Couples who thought of themselves as fun loving were asked to submit a photograph that was ‘fun.’ The public voted for them on Facebook and two winners were announced. The winners received caricatures depicting them in a carefree light, and with personalized touches of their real personalities and interests.  They were also to benefit from a photo shoot scheduled to their convenience.

The caricatures were illustrated by the very talented Shawn Chong-Ashing, who always brings Jaime’s concepts and ideas to life. They’re a fun couple themselves!
All copyright is reserved (c) Shawn Chong-Ashing 2011 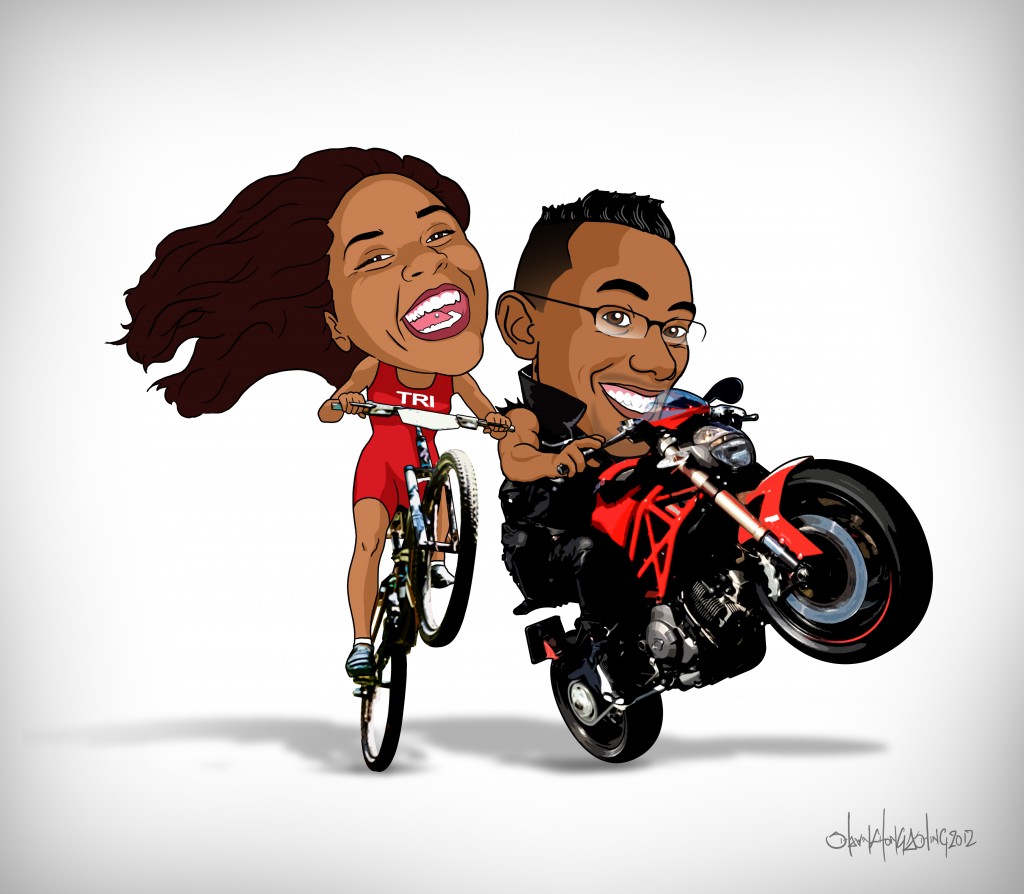 MARIA AND JUSTIN (ABOVE)

PHILIP AND CAMILLE (BELOW) 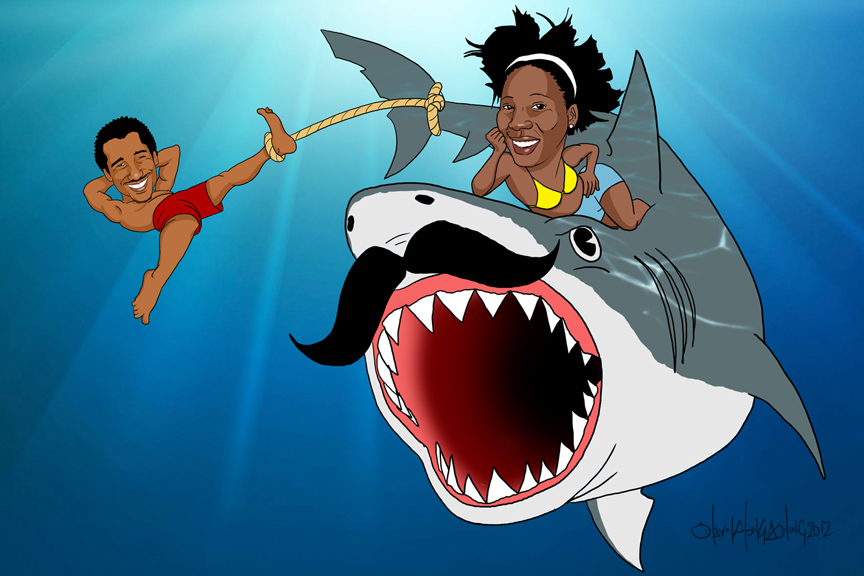 And here’s an example of a Drawn Together Photo from the two of us here at HomeStudio! 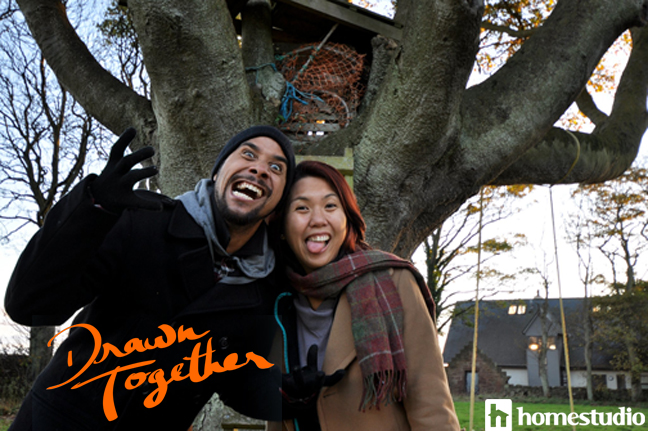